At a Noel Fielding stand-up gig. Two very different men approach him at the end. . .

Noel’s trousers clung tightly to his bulging crotch, which was eagerly trying to steal the spotlight from him.

The young man at the front was incapsulated by it, and he was certain he wasn’t the only one.

A quick sideways glance to the man beside him was confirmation of these thoughts.

The man on stage wasn’t there for comedy, but to distract the audience with his package to the point where straight men would watch intently in hope of seeing his arse. Just for a second.

Of course when they finally got a peek, they would cough awkwardly and turn their heads to the side, trying to express their uninterest in the man’s rear.

Noel knew, obviously. It was the same at every gig, and he was glad for it. It was the main reason he had such a good turn-out every show. And, for some strange reason, it made him proud. Proud to have his crotch hypnotise crowds of people into thinking that his show was the best around, when infact, he knew his act was weak, and until it showed improvement, the tightly fitted jeans would have to stay.

But there was one man. A man who wasn’t drawn in by the eagerness of the performer’s groin. That man was Julian Barratt: the only man to ever pay attention to Noel Fielding’s routine. The only man who was actually laughing at his jokes.

“Another good turn out” Noel announced over the microphone, making people jump at the unexpected volume of his voice. It was the only thing most of them had heard him say all night. Most of them.

For Julian it was different. The men beside him, behind him, all around him may have been captivated by his groin, but not him. No, sir. Never.

And Noel noticed this. He hated this. Someone was actually looking at his face. This put him off immensely, causing him to stumble, forget what he was talking about, and basically fuck up. A lot.

He decided to ignore the man staring into his eyes and concentrate on the man behind him. A fresh, young audience member with dark, curly hair. Attractive? Yes. The only thing going through Noel’s mind for the next 20 minutes was pondering whether this man was gay.

He guessed yes, because he never once tried to disguise the fact he was gawping. And at one point, Noel saw him wipe, what can only be described as, saliva. He had been visibly drooling.

He had named this man Simon. Whatever his real name was, to Noel he would always be Simon. He just looked like a Simon… And he had a name tag, which he thought said ‘Simon’, but he wasn’t 100% sure. He hoped he would find out before the night ended.

This whole set was just a game. A manipulative game that Noel played every show, causing several audience members to leave, and others to shift uncomfortably in their seats. This was his best part. See how many people he can get to exit.

Who said he had to take his comedy so seriously?

He didn’t really follow the conventional comedy route, and everybody knew this. After all, the crowd came to see his package.

Before he knew, the show was over. And he’d run over-time, which surprised him, because he couldn’t remember anything he had said. It must’ve been good though, cos Julian was laughing, still totally unaffected by the tightness of Noel’s trousers.

Backstage there was a guest waiting. Actually there were two. Usually a few stray females would wander back, but these were two males.

Simon and the man totally disillusioned by Noel’s bulging crotch.

Julian. That was all he said. Julian. The man who needs no introduction…or not a long one, anyway.

His voice chilled Noel slightly, yet somehow, charmed and attracted him. It echoed around the room, even though he murmured almost inaudibly.

Apparently, both men wanted to ‘work’ with Noel. He wasn’t sure if he really wanted to know what they both meant by that.

“I think you’re hilarious, and I was thinking that maybe you’d like to work with me” Julian mumbled, eyes never leaving the ground, head bowed, hiding any facial expression he may have been pulling.

“I too think you’re hilarious, and i will do ANYTHING to work with you, or for you. Anything to make your job easier. You don’t even have to pay me cash if you don’t want…” Simon exclaimed.

Who was he to listen to? The man who genuinely liked his comedy stylings? Or the man willing to do anything for a chance to be under his command, working for him?

The more Noel thought about it, the easier the decision became.

“I’ll do ANYTHING to work with you” Simon reiterated.

Noel raised his eyebrows enticingly and a mischievous grin spread across his face.

Well, he said anything. 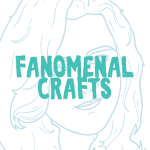