This starts off Het, but ends with Slash. Also, I wrote it as RPS but it kinda freaked me out so I just changed the names, which is why the characters are totally different. And why Howard is wearing poppers, and isn't a virgin. Also there's a tiny bit of girl on girl, but it's only little!

I’m waiting for them to arrive, smoothing out the fabric backdrop, and positioning the beanbags so that they’re both centred in the photos. When I’m done, I walk through into the adjoining kitchen to put the coffee machine on. The buzzer goes. “Hey we’re here for the Cheekbone shoot?” growls a gravelly voice on the other end.

“Hi, come up, it’s the first door on your left” I say, trying not to let the nerves show in my voice. Truth is I’ve had a crush on Howard since I was 16. The thought of him and Vince coming to do a photo shoot with me is terrifying. I hear the door open, and take a breath, walking through to the large room which I’ve spent the morning setting up. Howard is walking in front, so I see him first. And he’s wearing a checked shirt with poppers. I regain my composure just in time; he doesn’t see me lusting like a teenage boy, thank god. And thank god I don’t have a cock, either.

They both smile at me as I walk towards them, and I shake their hands.

“Wow, I love the set” smiles Vince, walking over to the silky purple fabric that I’ve draped over the walls. We get the shoot started, chatting amiably. Vince and Howard know exactly what to do, which helps, because watching Howard for this extended amount of time is making my communication skills fail. I start to notice Vince too, clean shaven and femininely dressed, he looks svelte and not unlike a woman I used to know. My heart jumps at the memory of that encounter, but I put it out of my mind, as Howard asks,
“Do you want to do any individual shots?”
I do, so Vince goes first, smiling, pouting and posing beautifully. All the while I can’t get the image of the tall, thin woman out of my head. And I’m all too aware that Howard is sitting behind me, watching me in this state of increasing sexual turmoil, my mind flitting from Vince, to the woman, to Howard and back again, my head is swimming in circles of arousal.

In a mirror across the room I catch sight of Howard. He is sitting, leaning back against the wall with his arms up and hands behind his head. His legs are stretched out and apart, and I notice that his top and bottom poppers are undone, displaying quite a lot of chest. My mind suddenly pictures the view from on top of him, straddling him. My head spins. I hastily finish Vince’s photos, trying to put him and Howard out of my mind.

“I’m just going to make a few phone calls” Vince says, absentmindedly waving a flashing Nokia about. Howard gets up from the floor for his photos. I’m sure that I see a suggestive glance pass between the two men, but I put it down to my rather suggestive mood. Howard saunters towards the set, but turns around and looks me in the eyes with a piercing gaze.

“Shall we get some more coffee before we start?” I nod, and we make for the kitchen. All I can do now is hope that the blush in my cheeks isn’t too obvious. As I walk into the kitchen, I feel Howard’s gaze on me again. I turn around to see him shutting the door with a filthy expression on his face. No, not filthy, I tell myself. It’s me who has the filthy expression. Howard walks towards me, and shock runs through me as I realise what he’s going to do. Sliding an arm around my waist he pulls me towards him, into a rough, deep kiss. His runs his other hand along the top of my jeans, and then up my spine, settling on the back of my neck.

“I saw the way you were looking at me” he growls into my mouth. I moan at the sound of his voice, sending vibrations through me. He walks forward, forcing me into the table, knocking off my bag, a camera and various photographs. I couldn’t care less because now I’m sitting on it with my legs wrapped around his hips, and I can feel his erection pressing into me, though two layers of denim. He kisses my neck, moving down to my chest, as he runs his hands under my top and up my waist. He slides his hands over my breasts and rubs his fingers over my nipples, sending tingles down my body, straight to my clit. He’s lifting my top off while I tear at the poppers on his shirt. He’s taking off my bra so I can’t slide it off his arms, so I move to undo his trousers as his rough hands squeeze my breasts. While I’m undoing his trousers I’m staring at his broad, strong chest, so tantalisingly masculine that I have to slide my hands over it. He moans as I brush over his nipples, and I grin, before kissing him and tangling my fingers into his soft hair. After a second we’re back to tearing at each other’s clothes like animals, kissing clumsily and desperately. When we’ve removed each other’s jeans, I claw at his underwear, wanting to feel his cock in my hand, but he moves away, and painfully slowly pulls off my knickers. He kisses the back of my knee, and up my thigh, his moustache tickling me until I moan with desire and desperation, bucking my hips towards him. I feel him grin against my thigh, and suddenly his hot, wet tongue licks from my cunt straight up to my aching clit. I let out a strangled half scream and fall back against the table, as his tongue circles my clit. His moustache is rubbing against my skin, the added tickling sensation sending me out of my head. I’m so close to coming, but suddenly he stops, and straightens up, pulling his underwear down and revealing his impressive, swollen erection. I move onto my knees and grab hold of his hips, pushing his cock into my mouth, swirling my tongue around the head, and then sliding it along the shaft. I moan, the vibrations causing him to shudder, and he twirls his hand into my hair.

To my surprise, he pulls my head away from his cock, and forces me back to lie on the table again. I put my legs over his shoulders, and realise, that even though my cunt is throbbing with desire, Howard’s erection is so big that I’m sure it’ll hurt. I feel totally helpless in this position; Howard’s strong arms are holding my legs flush against his torso. I watch as he pushes his cock inside me, slowly. The pain is mingled with intense pleasure, so much so that I think I’m going to pass out. I feel every millimetre of him inside me, and I scream his name. He rests inside me for a heartbeat before pulling out and beginning to thrust, fixing me with a dark, lustful gaze. He looks so powerful and utterly sexy that I think I could come from just looking into his eyes. I can feel my orgasm building as he pushes himself ever deeper inside me, ever so often a small moan escaping his parted lips. I scream his name in ecstasy as my orgasm tears through me, my hips jerking and my body shaking. In the second before my eyes close to savour these sensations, I catch a flash of black standing in the doorway.

My mind flashes back to that night, months ago, when the statuesque, black haired goddess made me come in a way not dissimilar in power to how Howard just has. Then I realise who it is and my eyes snap open. He smiles and walks over to us, his erection as obvious as Howard’s thrusting inside me. Vince wraps his hand around the back of Howard’s neck and pulls them together in a deep passionate kiss. Howard is still fucking me, but when Vince breaks their kiss, he stops, and with a grin, lifts me off the table. Bemused, I lean against the wall, still a little unsteady, and as I watch Vince unfastening his trousers, almost faster than the speed of light, my confusion regarding this situation lifts: Howard wants to come inside Vince.

He hastily pushes his jeans and underwear down, and Howard pulls him into a kiss, before turning him round and bending him over the table. Howard pushes two fingers inside Vince’s mouth, where he frantically covers them with saliva. Howard’s movements are desperate and hurried, his desire to come and his desire not to hurt Vince are locked in a battle. Howard pushes both fingers into Vince, who lets out a cry of pain intermingled with ecstasy.

“ Howard, fuck me” Vince gasps as Howard’s fingers work Vince’s arse. He removes his fingers and positions his cock at Vince’s entrance, shining with pre-come. With both large hands holding Vince’s hips, he forces his erection into the smaller man, both of them letting out cries, and Vince shouting Howard’s name over and over again. Howard begins to thrust into Vince, desperately and Vince writhes beneath him, the thrusts getting quicker and ever more powerful. Both men simultaneously reach for Vince’s cock, and begin frantically jerking it in time with the rhythm of their fucking, faster and faster until Howard arches his back, his eyes tight shut and his mouth open as he comes, Vince following a second after with a high pitched cry, spilling over their hands. 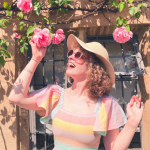