The story behind Vince’s burn scar, or answer to the question “Under what circumstances does one possibly get pissed then fall asleep while using Nicky Clarke hair straighteners?”

Notes: This is a birthday present to [LJ user]bluestocking79, who requested a hurt/comfort fic (among other unnamed specifics). This fic was partially influenced by a viewing of the film A Single Man, which is an exquisite film that everyone should see. Thanks to [LJ user]drfardook for stepping in as my beta.

Vince lay panting and sweating, flushed and heart pounding, arms outstretched, eyes rolled back, existence reduced to a moment, to a sensation, to a point of hot wet inexplicable connection. His head tossed from side to side as he gasped and clutched the sheets.

Howard’s large, strong northern hand pressed into Vince’s hipbone as his mouth gave Vince his release. Howard loved that moment. Giving Vince an orgasm made him feel powerful and giving and desirable all at once. All of his emotions manifest in the grip of his lips, knowing exactly what Vince needed and how he needed it. The tickle of pubic hair under his nose, Vince’s scent filling his senses as his flesh filled his mouth. A salty swallow and somehow they were one. It never failed to amaze him, even after all this time, that Vince – the Prince of Camden – would offer himself with trust so limitless, so naked in the most primal way imaginable.

And Vince never felt more secure than in those giant hands. Sure and steady and strong, they made Vince’s small, lithe, impossibly feminine body make sense.

Howard rested his left cheek on Vince’s other hipbone and hugged his thigh. A gentle hand reached down and ran fingers through Howard’s hair. The rise and fall of Vince’s belly slowed as he caught his breath.

“S’awright, innit?” Vince beamed a giant smile at Howard, who melted a little, unable to muster the usual chaffing at such unbridled joy and approval.

Goofy grin affixed to his face, Howard rested his chin on Vince’s thigh and ran an absent finger over the burn scar. Vince took hold of his hand and coaxed him upward. An easy intertwining of bodies, a lingering kiss, and Vince nodded off in post-coital bliss.

As Vince slipped into a kind of twilight consciousness, he slipped into the past. To the first time Howard had ever touched that scar.

It was only just 11, but for Vince it felt like the 11th hour. That moment when your heart can’t take any more, and doesn’t know there’s something on the horizon waiting to fill it with joy. Vince came stumbling up the stairs and sat on the couch – knees tucked under chin, mascara and eyeliner trickling down glistening eyes. He sat quietly in the dark for a while as tears silently slid down his face.

After what seemed like an eternity in Vince terms, but was probably more like five minutes in real time, he stumbled over to the bedroom and clicked on the lampshade. He peeled off the skin tight Jagger t-shirt and kicked off his boots.

The room was empty, a deafening silence consuming the entire flat. The kind of silence that makes your thoughts sound like a crowd of angry faces. Naboo and Bollo were spinning tunes down at the Velvet Onion. And Howard. He’d just left Howard, who was arguing with Mama Zoom about the origins of bread and its significance to the development of society. Why did he have to pick a fight with Vince’s friends? Why did he have to prove his intellectual prowess at every turn? Why did it matter that croissants were fertile and who even knows about such things anyway?

And why didn’t he notice Vince on the dance floor, when everyone else had?

Sometimes you can have the eyes and smiles of a thousand onlookers. But if the one who counts isn’t paying attention, there might as well be nobody.

Vince looked at himself in the mirror, fixing his fringe and fluffing up his crown. The rain had messed with it, badly. There were waves and curls in unacceptable places. He reached over and plugged in the Nicky Clarke hair straighteners Howard had gotten him for his birthday. Hottest you can buy. He hadn’t even needed to ask for them. It never occurred to Vince that he’d spent the last ten issues of Cheekbone talking about their release date to anyone in hearing range.

He looked down at them and cried; wondering how Howard could care so much to buy them, yet paid no notice to him at all when they went out. An absent-minded finger hit the play button and “Don’t you want me baby” broke the silence.

“But you don’t want me, do you?” he sighed into the mirror, followed by a scowling “You’re pissed!” He slurred as he stared at his eyes in the mirror. Another swell of tears and he looked away and picked at the sparkles in his nail varnish. Gracelessly grabbing a fistful of hair, he set to work on the stubborn bits threatening to give him away. Can’t be seen with a wayward curl. They’ll know your weakness. The cue to toss you aside and pass you on – how aware of it he’d grown in his youth. But as the, flirtini-soaked thoughts spiraled in his head ever downward, his eyes closed and he slumped over.

Howard came storming in just in the nick of time. He shoved Vince aside and pulled the straighteners out of his hand. It was timely enough to prevent a fire, but not enough to prevent a burn. Vince blinked and a muffled “wotwasthatfer?” escaped his lips. Howard huffed and ran to the loo, returning with a tube of burn cream.

“Here, ya berk!” he shoved the tube into Vince’s hand. But Vince was either too drunk or too sleepy to comprehend, so Howard shoved him into a supine position on the bed and mentally prepared himself to apply the cream. How Vince’s trousers could fit so tightly, slip down so far and yet stay adhered to his body was beyond him. With shaking hands, he popped open the button and nudged the waistline down to get a full view (of the wound, of course). His fingertip dabbed with cream touched ever so softly, but Vince screamed bloody murder nonetheless. Suddenly recalling the burn safety directions he once read, he swooped Vince into his arms and carried him in to the bath; manipulating the tap with one hand, he held the manual showerhead over the wound as cool water brought Vince much needed relief.

Once he’d had enough, Howard moved him to the toilet, sat on the floor and covered the wound with a few very large plasters. Hands fumbled as he ripped them open and fingertips pressed on skin. His hands, they felt too big, too clumsy, too much. But not to Vince. To Vince they were strong. They carried him. They rescued him. They mended him. Vince ran his fingers through Howard’s hair and stared, somewhere between drunken stupor and mesmerized, as Howard finished and threw away the wrappers. “I love when you take care of me, Howard,” he murmured to what seemed like deaf ears. There was a pregnant silence. He didn’t know it came out a whisper. He didn’t know Howard had heard him, faintly. He didn’t know Howard panicked at that moment, shoving his heart down his throat.

“You’re drunk,” he scowled, and padded over to the bedroom. Vince followed behind a moment later, all semblance of grace gone as he peeled himself out of his now fully soaked drainpipes. He stood silently, a chill clinging to his slightly damp naked skin. Howard mumbled something and turned away, and Vince slipped on fresh pants to sleep in. The implied offer of his form remained ignored, as Vince gripped with the mixed emotions of being cared for but not wanted.

Howard switched the light off without turning around, quietly slipped out of his own gear and sat on his bed with a creak. Holding his breath, Vince tip-toed over and lay next to him in a kind of mixed attempt to be near without encroaching. Howard was too tired to protest. He did not know what to make of things.

“I’ll always take care of you, little man,” he whispered, then closed his eyes. The overwhelming urge to reach over and touch Vince remained internally fervently disallowed. Not so for Vince, who was so moved by his words that he rolled onto his side and rested a hand on Howard’s as they both succumbed to slumber.

And it certainly wasn’t disallowed now. Grateful that the passage of time had indeed taken them in this direction, Howard ran a thumb over Vince’s scar again. Somehow, their minds had silently shared the same memory. Vince snapped out of his reverie and leaned in for a kiss. Skin pressed skin as twin arousals met and before he knew it, Howard’s hands took command of him, stroking his torso, his arms, the curve of his bum, making sense of his body once more. 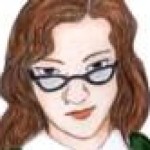