Two knackered blokes getting on and off buses.

The bus had stopped at a motorway service station in the middle of somewhere. The whole place smelled of bleach and bad coffee. It was like all of the other hundreds of service stations they had been to. Julian stood in the bathroom washing his hands and feeling ruffled. He looked at himself in the mirror, stretching his eyes with his fingers to try and pull out the wrinkles around them. He felt old. His nose seemed to be getting bigger and his eyes smaller. Or maybe that was just the light in here. He looked like he’d been dead for a week and recently defrosted. He was tired; though he was loathe to admit that he slept more on the road than he he did at home. That was a secret he would keep. Or rather, he would have kept it if Noel hadn’t guessed.

Julian felt nauseous, as normal. The drinking and smoking too much was probably the answer there. Not that he was inclined to neither stop nor tell anyone else to either. The nausea didn’t bother him. He was used to it now; it was ambient noise in the general landscape of his day. Julian stuck out his tongue and examined it in his reflection. It looked vile, worse than the rest of him put together. That didn’t bear thinking about. He dried his hands and walked back to the bus.

Noel looked worse than he did this morning. Normally, Noel was an ageless burst of brilliance and, at times, Julian couldn’t keep up. It made him feel like he was a 40-year old man, away from his family. He would imagine himself as a troll hiding under a bridge from the glare. He wanted to be that troll too, sometimes. But only sometimes.

Today though, Noel needed him. He got up as soon as Julian walked onto the bus and sat by his side. They sat in silence for a moment, their arms touching as they drank wretched service station coffee. The bus’ engine started, breaking the spell. Noel swung one leg over Julian’s lap and rested his head on his shoulder. His hand sought out Julian’s and squeezed it. No one on the bus came near them; no one tried. They began to talk in tandem and in riddles; finishing each other’s sentences, then filling them with fire and setting them free. They were both ageless and they were both brilliant. Just knackered too. 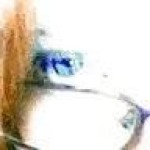