Song: Pump Up the Volume by MARS

Notes: After I uploaded my old version of this, it was really bugging me. So I did what any normal person would do. I got my Boosh DVDs out of storage, ripped all the episodes, fired up Adobe Premiere and re-did the entire video.

Seriously, after uploading 100 fics yesterday, I needed a break.

Apparently my series 1 DVD took a battering over the years, and didn’t really rip well, so I’m stuck with non HD versions of them. Series 2 looks great though. 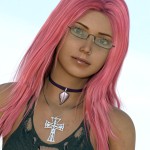 Random facts about me: I am the voice of a claymation cow named Daisy, and I was in an advert for Fairy Liquid in the 80s. I go by Sarah, Star or Dove, depending on the fandom. She/her.

One thought on “Pump Up the Volume [Remastered]”