An abstract song based fic.

Notes: I based this around the first set of lyrics. It amused me, because it was a man singing don’t break his heart. I don’t really know whose point of view its from, maybe both.

Don’t Break his Heart by TheCatInTheTree

Author’s Chapter Notes: As i said, abstract and short.

Hands held knees, tightly clutched to his chest as though letting go of them was to cast off a lifeline in a storm tossed sea. Each breath taken, soft and ragged. Almost a metronome to the beat of the song playing on a loop. Background noise invading personal space, calling up things that were best left unremembered, not scrutinised. But with certain inevitability they always break out, take over, and hurt.

Last night, I had a dream
We were inseparably entwined

A hand itches, crawls like there are bugs on every inch of the skin, just waiting to pick up the phone, hit the numbers and sob out truth’s, apologies. Things that no-one needs to here. Better surely to live in a dream world, a half state of imagining, that way it upsets no-one else. And each touch, every brush of the fingers can be stored up, saved as a beloved memory. With no-one else upset, no-one else to know the torment. The fingers clutch tighter, letting go now would be tantamount to suicide.

Waking up is the worst part of it, realising that it is nothing more than a dream. Those are the times where he holds his knees tightly to him, hiding beneath the covers, holding his eyes shut as the real world slowly filter’s in, reminding that it was only a dream. That’s all it ever will be. A mistake, a dream, a lost and half remembered something that never was, or never should have been.

Imagining what could happen is perhaps the best, that soft touch, an expanse of skin, waiting to be slowly mapped, committed to memory over time spent. More and more, until every slight contour is as familiar as an old friend, each twitch and every scar. All things, but only possibilities. What is, what was, and what might have been. It is the might have been and the was that are comforting, is just hurts at present. Things that could be are best of all. Imagining what might happen, because anything can happen.

And suddenly the unbearable not knowing of waiting is over, hands loosing from knee’s to clutch at the phone, a new life line. Shaking hands tap a familiar sequence, no need for “hello” as two voices gasp in unison “I’m sorry, i love you.” And suddenly, like a balloon deflating everything is okay, a stretch like a cat as knee’s are released, the room now a sanctuary not a sea.

Two bodies lie intertwined. An expanse of skin, touching skin. Neither move, both just breathing, sharing gazes, the occasional kiss. Because now there is time, the time for fingers to map scars, and eyes to map bodies, and for all to be committed to heart. 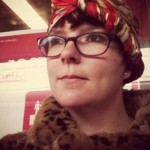