Noel takes a break from a night of celebration for a bit of reflection- and finds more than one reason to keep going...

Notes: First ever Boosh fic, and I’ve gone for a bit of fluff. The idea behind this fic is one I’ve encountered personally a few times, seemed to fit Noel too!

Not Always So Sunny by Emberwolf

The door closed with a solid ‘clunk’, and Noel let out the sigh he’d held in for hours. He let himself fall backwards against the solid wood, not noticing the momentary jolt of pain as his shoulder blades hit sharply against it. His jaw actually ached from smiling, he realised suddenly. As the day and night wore on, more and more of the smiles had been forced for the sake of politeness and to keep in character.

What the fuck? He wasn’t playing a part now; he was the real person rather than a stylised vision of what he might be like. Sometimes the line between Noel and Vince was blurry, he knew that (and was often reminded by good-natured teasing from the rest of the cast and crew); but sometimes the sunshine energy was exhausted, and left behind the very real 30-something with his creative mind and busy life.

A buzzing at his hip tore him from his reverie and sent his hand fishing into his pocket. ‘Mike’, read the flashing screen on his mobile, and Noel thumbed ‘Answer’ without thinking.
“Alright?”
“Yeah. You snuck off a bit quick didn’t you?” came his brother’s voice, half-drowned in music from the bar they’d been in not forty minutes ago.
“Yeah, sorry. Just needed a break for a bit.” He didn’t need to say any more than that; Mike knew him well enough to stop asking questions.
“Well we’re going to grab some takeaway then head to Aruba. You going to be coming back later?”
“Who else is sticking around?”
“Me, Dave, Rich. Matt’s going home in a bit, but Julian said he’ll meet us at Aruba.”

This was news to Noel, who’d watched his comedy partner disappear into the night a couple of hours earlier, one hand on his mobile and the other digging in his jacket pocket for his car keys. He’d given Noel a thumbs-up and mouthed ‘catch you later’, which Noel had returned out of habit. For Julian to return to a night out was rare to say the least, and left Noel wondering.

The faint background music stopped abruptly as Mike ended the call, and Noel’s hand dropped to his side, phone still in hand. For once, he wasn’t really in the party mood; but with series two given the green light it had been decided that they needed to enjoy their free time while they could before the barrage of chaos that was filming began in two days’ time. Evidence of long nights spent discussing ideas with Julian were strewn all around the flat- the low coffee table strewn with scribblings and doodles; a thin, silver snake winding it’s way out of the bin, reminding him that they really should finish off that song now Julian had replaced the string on his guitar-

His hand vibrated at his side.
Not even looking down, he punched ‘Cancel’. Just five minutes to myself, please, he sighed inwardly. Reluctantly pushing himself away from the door’s comforting coolness, he made his way to the kitchen for a drink, idly kicking crumpled balls of discarded ideas that blocked his path. A shinier, uncreased piece slid beneath the sole of his boot before skittering across the floor on the receiving end of a more forceful kick. Bouncing off the door frame, it came to rest on the floor of the kitchen. Noel let out another sigh; more rubbish to clear up.

A glass of water was the best he could manage in his weary state- though the more sensible part of his mind applauded his choice, especially if he did going out drinking later. He rolled the glass around in his hands, forced himself to take longer breaths in an attempt to blow away some of the clutter in his mind.

The silence of the room was only punctuated by the humming from the fridge and almost inaudible buzzing of the light bulb. Noel found the near-silence a refreshing change; it was rare to enter the flat without walking in to a ringing phone or the soft thud of the subwoofer punctuating something from the late 70’s or 80’s. Noel was usually one of the first to admit that he didn’t like silence; it was disturbing in its emptiness, severe. It made him feel like he should be tiptoeing, keeping everything as quiet as possible in fear of being reprimanded by some invisible figure of authority. It was uninspiring, and left far too much empty space for the mind to fill up with nagging doubts and pointless thoughts.

But that was what he needed right now- just time to think, without distractions.

The worktop rumbled as his phone rang again. A swift slap from Noel’s open hand silenced it again. Don’t make me go back yet.

The shiny piece of paper still lay on the floor, its white back bearing the faint marks of a boot print and a biro note.

Dave’s handwriting was neater than his usual scrawl, Noel noted. Abandoning his glass next to his phone, he bent down and retrieved it. As he expected, it was a shot of him and Julian taken during the filming of ‘Tundra’.

But it wasn’t the shot he expected.

It wasn’t the semi-posed promo shot of he and Julian drinking tea from blue mugs in full Arctic costume- he realised later that that had been taken during filming of the pilot, when he still had those vivid red streaks in his hair. Instead, Noel was peeking over the shoulder of Julian’s thick ‘mink’ coat, fake snow dusting his hair and face, face lit up in raucous laughter. Julian had one gloved hand aloft, remnants of a snowball betraying Noel’s attacker. He, too, was laughing heartily.

Back in the kitchen, the real Noel’s mouth twitched into a smile. Julian had messed up his ‘whiteness, endless…ness’ monologue by adding too many ‘ness-ess-es’ to it. As per usual, the rest of the cast and a lot of the crew had dissolved into laughter; especially Noel, who was more prone to cock-ups than anyone else. It had been good to be able to laugh at someone else’s mistake for a change- Noel had laughed so much that he hadn’t seen the taller man bend down and pick up a handful of the fake snow littering the studio floor. He was oblivious to it being crushed into a loose ball- but was acutely aware of it colliding with his face.

Everyone burst into a louder fit of laughter, filling the studio with chuckles and guffaws. Noel had looked up and pulled a face at Julian, in time to hear Dave’s voice over the laughter shout “Guys, over here!” Still laughing, he and Julian had turned to their friend as the flash flared on a camera, Noel’s chin resting cheekily on Julian’s shoulder and Julian’s arm half-aloft in triumph.

Still staring into the echo of his own eyes, Noel unbent the corners of the photo lovingly. That was why he did what he did, put himself through everything he did. Not for the publicity or fame, though they were nice things to have. Not to be known and adored by thousands of nameless fans.

But to have fun with his colleagues and friends, enjoying themselves as they played elaborate characters in a fantasy world that they had created, laughing and making others laugh too.

And seeing them smile, really smile. Not for show, not as an act, but for real.

“Ju.”
“Noel, where’ve you been? I’ve phoned you twice already.”
“Third time’s a charm, mate.”
“Apparently. Did Mike tell you about Aruba?”
“Yeah he did, I’m about to start getting ready.”
“Don’t suppose you fancy a night in drinking instead? I’ve got Miranda back with a new string, she wants some love.”

Noel’s grin widened.
“G and T on standby. See you in half an hour?”

The flat buzzer flared into life, and Noel heard the mirth in Julian’s voice.
“How about right here right now?”

Noel was all sunshine again and pressed the entry button.
“Ready for some lovin’!” 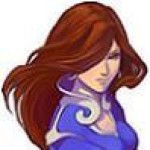